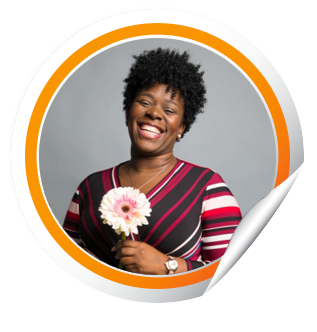 It was barely even a week into 2016 when 35-year old Tanzanika Lillard found herself at a presumably routine doctors appointment. Between scheduling conflicts and the always-busy holiday season, the arrival of the checkup had Tanzanika ready to finish up and be on her way. Little did she know, this would be the first in a series of events that would alter her life completely.

First up on the list was a mammogram - nothing she hadn’t experienced before. After that came the sonogram. Another routine check, but this time it was different. There was an intense look on the face of the technician, the squeezing was causing some unusual discomfort, and Tanzanika noticed her arm had been held up above her head for longer than the usual few moments.

The next day Tanzanika got a call from her primary physician informing her that the results from her visit would require a biopsy. Four days later, on January 12, 2016, Tanzanika would receive a phone call with the results of that biopsy. It was a phone call that she will never forget.

Driving home from her office, Tanzanika’s mind was racing. She was a single mother; how would she tell this to her daughter? How would she tell her parents? What did this mean for her future? With a million different things going through her mind, she landed on one. This was only the start of the journey. She pulled herself together and started to plan for whatever was to come.

First on her list was her breast surgeon, Dr. John Rimmer. When asked about Dr. Rimmer, Tanzanika had glowing feedback, adding that “He has the best bedside manner a girl could ask for and will hold your hand every step of the way.” Upon discussing the available surgery options, the two came to the decision that Dr. Rimmer would be performing a bilateral mastectomy. Afterward, Tanzanika met with Dr. William Vinyard, the plastic surgeon, to discuss the procedures that will immediately follow the surgery. After getting to know the doctors that will be present for her procedures, Tanzanika's date is set for March 2, 2016.

Two days after her surgery, it was time for Tanzanika to go home. First, though, Dr. Rimmer had a challenge for her - he wanted her to walk on her own power. Shocked, she doubted her ability to even sit up, much less walk. Despite her fears, she powered through the pain and took steps forward on her own two feet.

It was time to go home.

After a few weeks of home-based rehabilitation, and assistance from her loving mother and daughter, Tanzanika was slated to meet with her medical oncologist, Dr. Elisabeth McKeen for chemotherapy. April 15, 2016, was the first of her scheduled four rounds of chemo, which would continue on through mid-June.

With great blood test results and no changes to her meds, it was time to move forward with radiation treatments. The machines were intimidating, and the process left her a bit uneasy, but the doctors and staff identified her concerns and worked with Tanzanika to get her more comfortable. Because of the immense level of care she received, Tanzanika was able to focus on the finish line, completing her treatments and continuing her progression.

Throughout her entire process, Tanzanika was able to benefit from the premier levels of treatment at Good Samaritan Medical Center, as well as the care of a team that stops at nothing to ensure every patient receives the treatment and comfort that he or she deserves.