The Test that Saved My Life 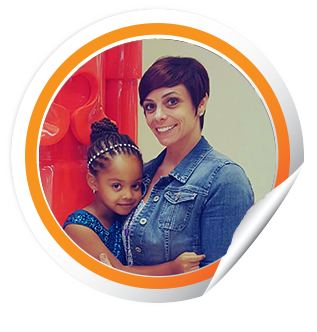 When Rebecca Gabriel turned 39 she became increasingly anxious.  Not because she was closer to turning 40, but for much more personal reasons.

“My mother was diagnosed with breast cancer when she was 39r and I wasn’t sure if it was in the cards for me as well.”

Rebecca had recently seen her OB/GYN and discussed with him the possibility that she may have the BRCA gene and whether or not she was a candidate for genetic testing.

“You always think you’re in good health and you’re doing the right things to stay healthy.  But not knowing if I was at an increased risk of developing breast cancer was weighing heavily on me.”

Eventually Rebecca decided to undergo the genetic counseling and risk assessment because she thought it would give her and her family peace of mind.

On the day she was scheduled for her genetic testing, she noticed that the Pink Heals Fire Trucks had made a stop outside the hotel where she worked.

“I went outside and the firefighters gave me a Pink Heals shirt.  On the shirt pocket were the initials PH, which, of course, stood for Pink Heals but were also my mother’s initials!  It was a sign and I knew right then and there I was making the right decision.”

Rebecca came to Good Samaritan Medical Center for her genetic testing, which helps determine an individual’s risk for certain types of cancer.  She received her results in just a few days and learned she did not test positive for the BRCA gene.  She was also tested for 23 other gene mutations, all of which, thankfully, came back normal.

“I felt like a huge weight had been lifted off my shoulders when I received those results.” said Rebecca.  “To know I was not at an increased risk of developing cancer was a relief.  A lot of times, I think people are afraid to be screened for fear of what the results will show. However, I think identifying your risk is very important because it can potentially save your life.”